Some house guests are unwelcome, particularly when they are burrowing into your stored grains and food products and leaving larvae. Ick!

Let’s talk about grain weevils and meal moths. We are here to help you prevent these persistent and sneaky pests from establishing a foothold in your kitchen cabinets.

Learn more about these pests and how to prevent their intrusion. Then know that Heath Pest Control can help you eliminate the pests once and for all. 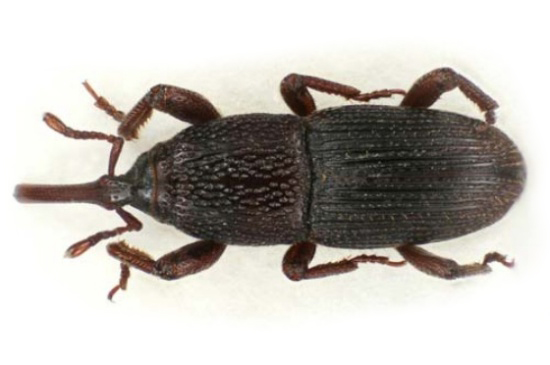 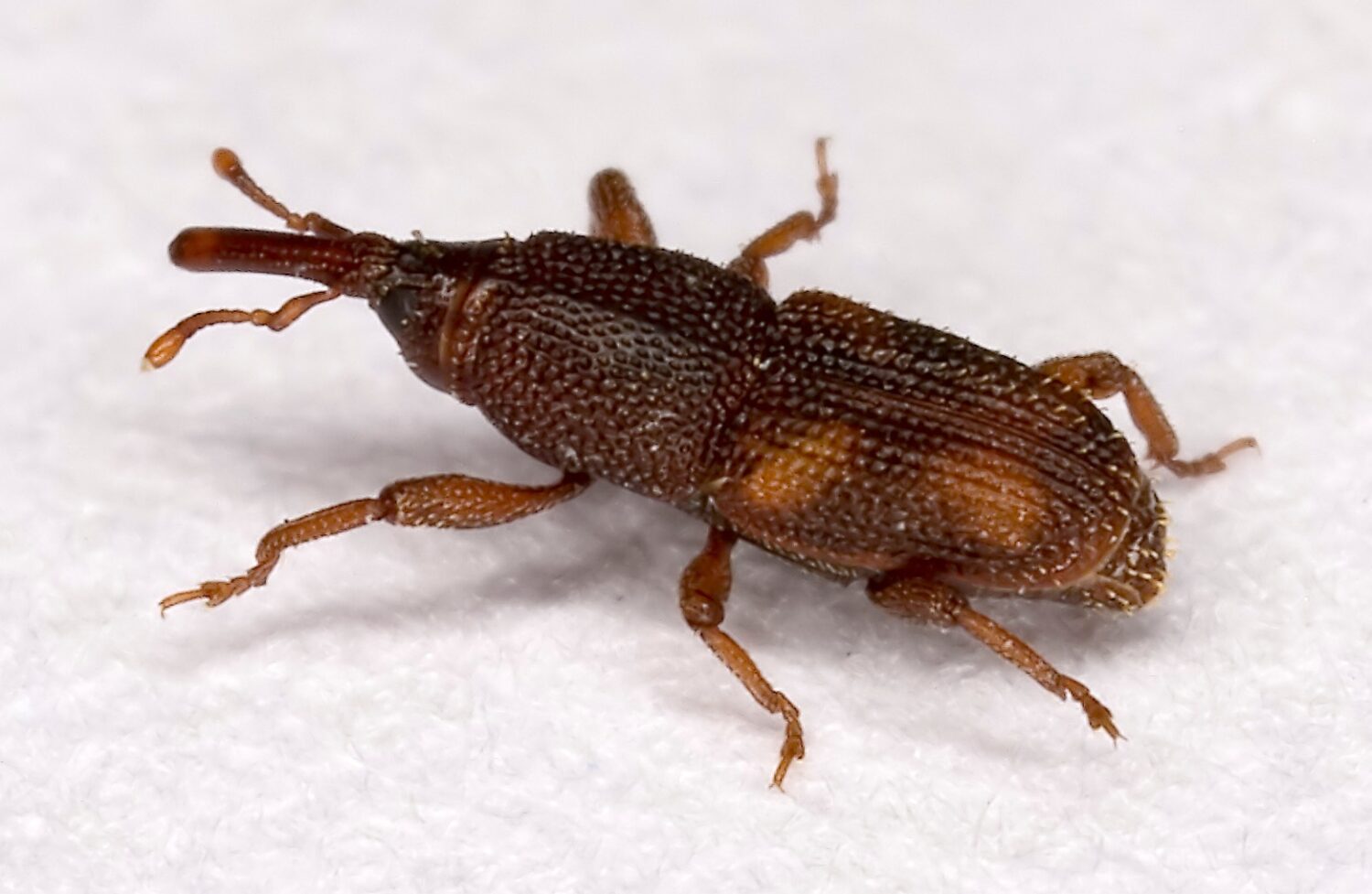 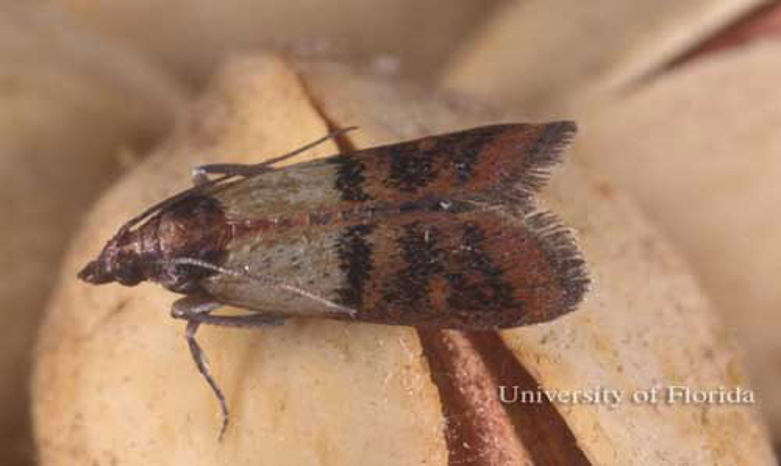 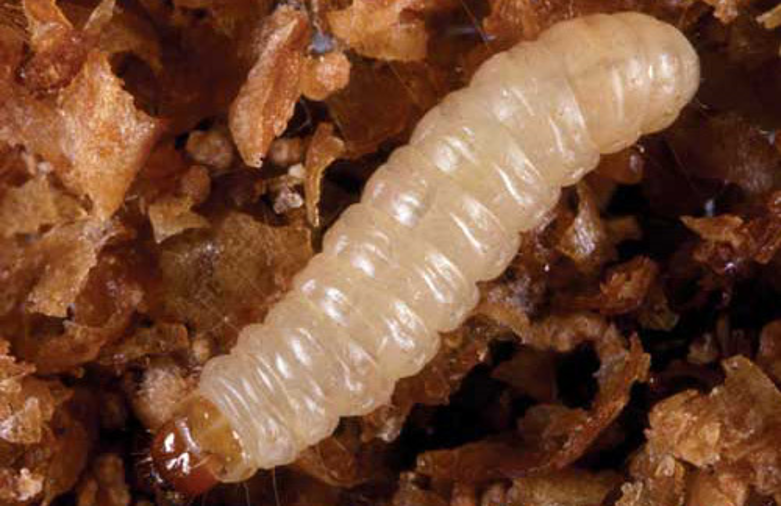 The adult Grain Weevil is dark brown, nearly black, with a shiny appearance. It’s 3 to 4 mm long with 8-segmented antennae and prothorax with distinct oblong/oval punctures.

The Rice Weevil is smaller at 2-3.5 mm long and the same dark brown nearly black coloring. It has four clearly defined reddish spots on the hardened forewing. It is less shiny than the grain weevil with a prothorax with round or irregular punctures and hindwings.

Grain and rice weevils get into stored products, often prior to packaging and are carried into your home in your grocery bags. They can eat through plastic bags and cardboard boxes and find their way into other products on your shelves for a full infestation.

Weevil-damaged grain can be readily recognized by the presence of large holes which are the exit holes of the emerging adults. You will also see white, dusty excrement which ruins your grains, pastas, and pet foods as well. 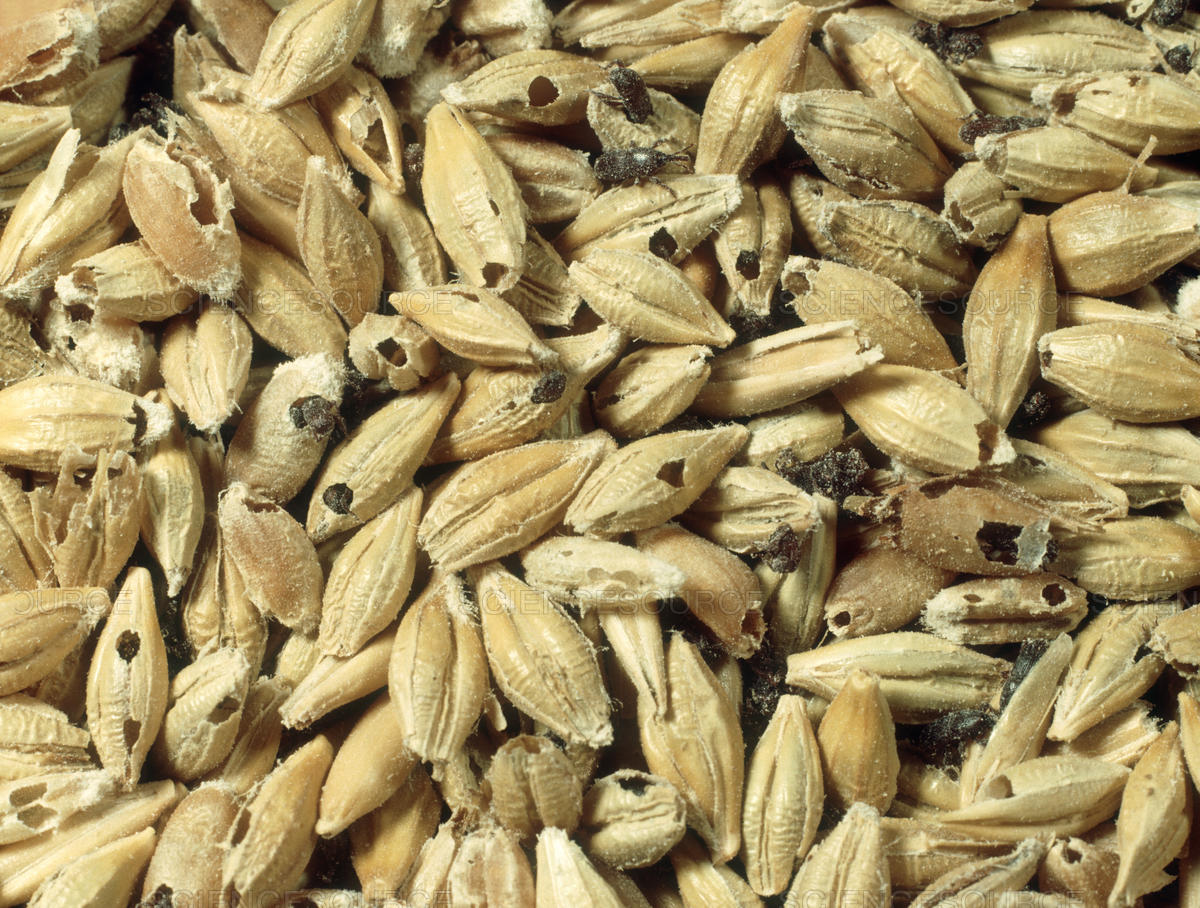 Eggs: Eggs of the Indianmeal moth appear grayish white and range in length from 0.3 to 0.5 mm. Eggs are generally laid directly on the larval food source.

Larvae: Their color is usually off-white, but has been observed to be pink, brown or almost greenish, depending on the food source. The mature larvae are about 1/2 inch (1.27 cm) in length. They have five pairs of well-developed prolegs that help them move considerable distances to pupate.

Pupae: The larvae pupate either in a silken cocoon or unprotected. The pupae are 1/4 to 2/5 inch long (6 to 11 mm) and are pale brown in color. Pupation takes place away from the infested food. In fact, late larvae can travel such distances that they are often mistaken for clothing pests. Within the pantry, small larvae often climb to other shelves before pupating. This misleads people trying to find the source of the infestation.

What they do and what they are looking for

The Indianmeal moth feeds principally on stored food products. In fact, it has been called the most important pest of stored products commonly found in American homes or grocery stores. The larvae are general feeders and can be found in grain products, seeds, dried fruit, dog food, and spices. The Indianmeal moth received its common name from the United States where it was found to be a pest of meal made of “Indian corn” or maize.

This insect is found in a wide range of climates in stored products and food storage facilities around the world. It is very common in Florida, where it also lives successfully outdoors. 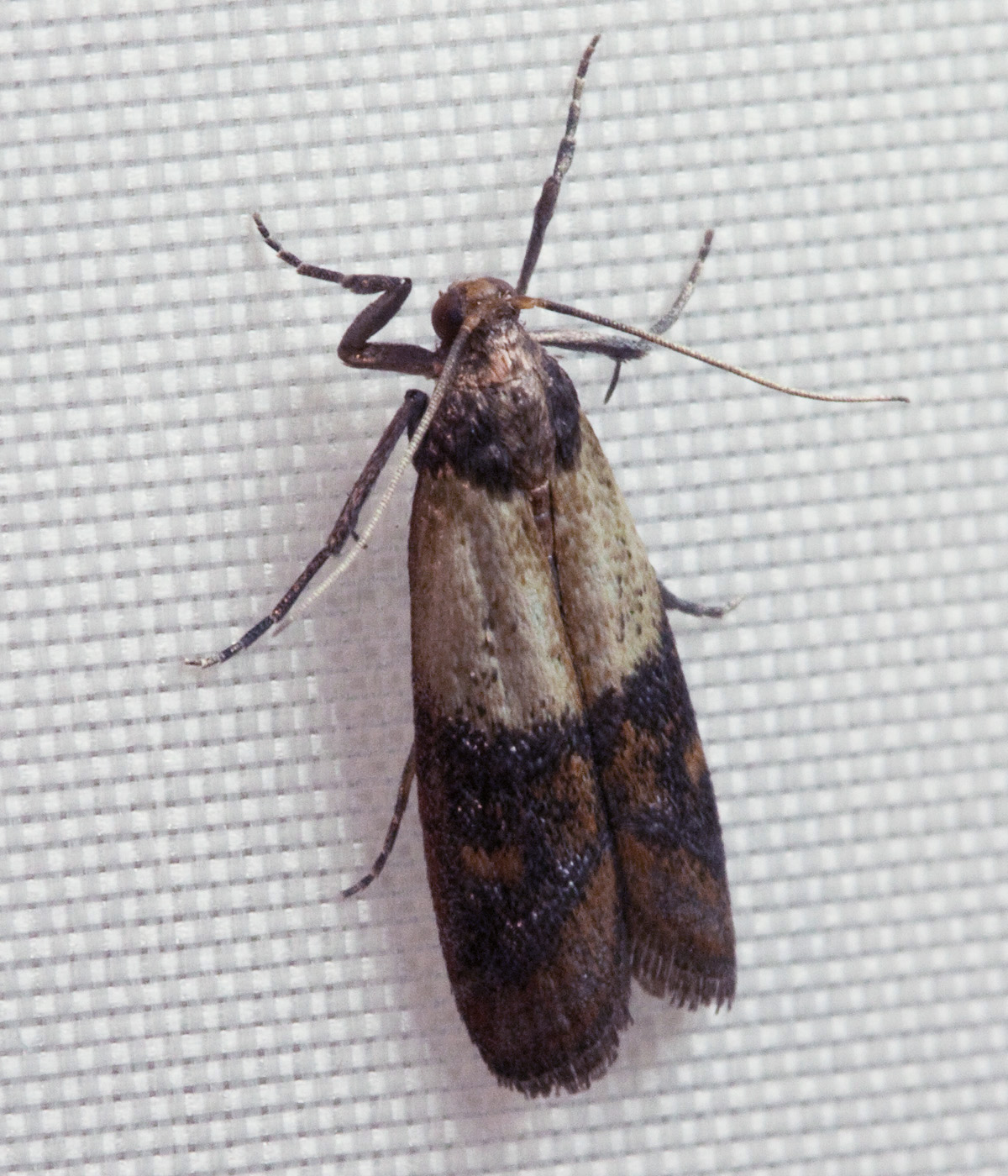 Steps to help prevent both grain weevils and meal moths 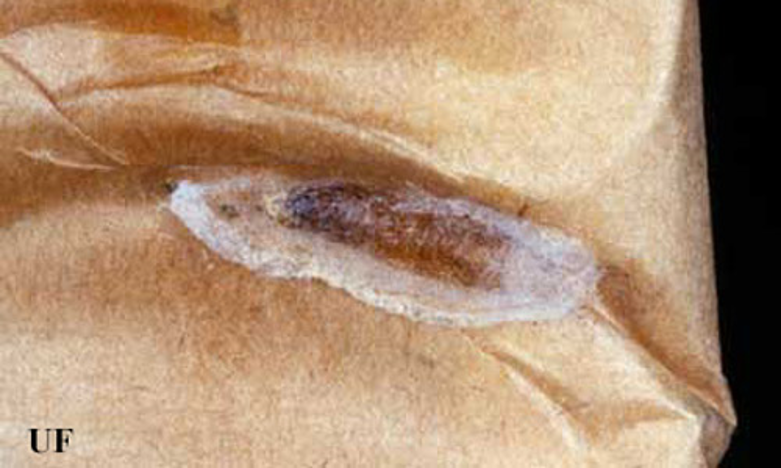 Indianmeal moth pupa found on an envelope two shelves up from original infestation.

“Unfortunately we had fleas all over our new house ,brought in by a dog we babysat.? I immediately called Heath Pest Control (who was already my pest guy) to schedule an emergency appointment, to which he clearly explained to me my options with his company, but also my options of trying to deal with it myself. And through his guidance and information, I was able to rid my house of fleas on my own. It was very refreshing to have someone honest just trying to help me, instead of just trying to make money off of me. I will always use Heath Pest Control, And will always recommend them to my friends and family.” (Amanda Robinson) 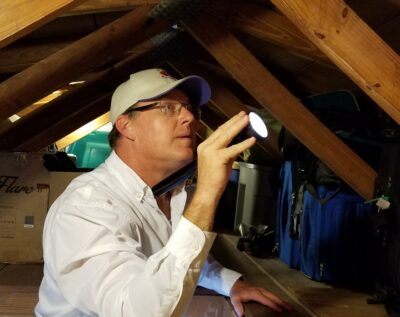