Scary Bugs and Critters That Will Keep You Awake 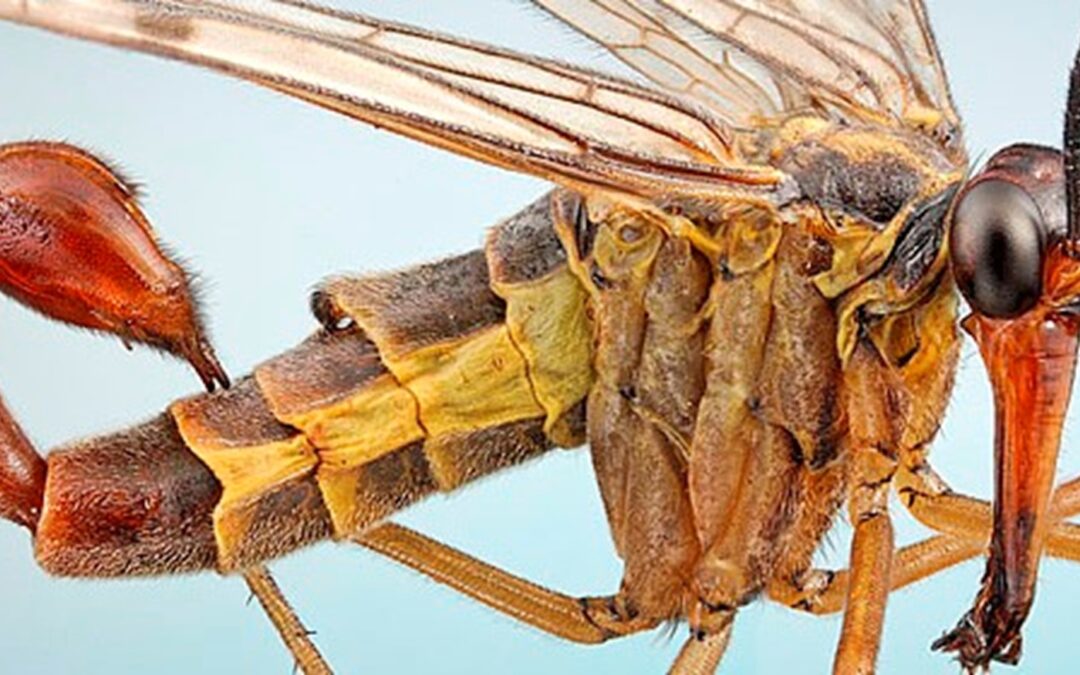 Homeowners call us at Heath Pest Control when there are scary bugs and critters keeping them awake at night. We are happy to respond quickly to those calls and solve the problems as quickly as possible. But today we are going to share our own list of truly scary bugs and critters that might keep even the professionals awake all night.

Here are 24 of the world’s largest, scariest, and most dangerous bugs that we can think of.  As you read through the list with that fascination that makes us watch bone-chilling horror films, take a moment to be grateful that we don’t really encounter these things in our safe homes in southwest Florida.

The typical silkworm is harmless, but the South American Assassin Caterpillar is responsible for more deaths each year than we care to imagine. The tiny bristles on the larvae of this caterpillar release a toxin that is highly poisonous to humans. In addition to symptoms similar to gangrene throughout the body, the toxin’s anti-clotting properties make it impossible to stop the bleeding that starts in the brain and this is the ultimate cause of death

The name is unappealing, and so are their food choices.  Flesh flies breed and feed in feces and decaying material and often lay their eggs in the open wounds of both animals and humans. They are important scavengers integral to the balance and circle of life. Flesh flies help recycle nutrients back into the soil. They are useful in other ways: their maggots are used by forensic entomologists to place the time of death in murder cases.

Fifteen minutes is all it takes for the toxin of the Australian Funnel Web spider to kill a human.  The large, aggressive  Sydney Funnel-Web Spiders is the world’s deadliest spider. Its big, rear-ward-facing fangs are capable of piercing through fingernails. The males are particularly deadly because they often wander into human settlements in search of mates. G’day Mate is right!

The most venomous caterpillar in the United States is the Venomous Puss Caterpillar. This soft innocuous-looking insect has an outer comb, like a bad comb-over, the comb disguises tiny, very toxic spines that stick into the skin. What might feel like a bee sting at first immediately worsens after being stung making bones ache. Who said that anything cute must be harmless?

The world’s largest beetle can grow to be about six and a half inches long. Indigenous to the depths of the tropical rain forests in South America, especially French Guiana, these enormous insects will hiss if threatened but are usually not aggressive. Don’t make it angry because their sharp spines and powerful jaws are strong enough to break a pencil, dent a plastic ruler, or cut into a person’s flesh.

Another “world’s largest” is the Carnivorous Amazonian Centipede sometimes reaching a maximum length of about 14 inches. It will eat anything it can kill and its diet usually consists of invertebrates like crickets, worms, snails, and tarantulas, and also vertebrates such as lizards, frogs (up to about eight inches long), snakes (up to about ten inches long), small birds, mice, and even bats. Their venom is highly toxic, although not usually lethal to humans. Nevertheless, it’s a bite not easily forgotten, as it can cause severe pain, swelling, chills, and fever.

Speaking of memorable bites, the sting of a Bullet Ant,  found in the humid rain forests of Central and South America, results in one of the most painful bites transmitted by any other insect anywhere in the world. It is said to be as painful as being shot by a nail gun. The burning pain is instantaneous and excruciating and can last for up to 12 hours. Large (up to an inch long) and agile the feet of a bullet ant will stick to anything.

The name? Well, its bite is as painful as getting shot by a bullet. If you come too close, they will shriek, jump on you, and bite you.  Am I the only one who finds the idea of a shrieking ant funny?

The Solitary Tarantula Hawk Wasp is another “largest” of its family. Its existence is a lifelong quest for the fierce tarantula, thus its name.  Yet other predators along the way, including birds and lizards, are preying on the THW. Luckily its powerful venom delivers an instantaneous punch of excruciating and totally debilitating pain that lasts until the predator releases it from their grasp. “Leave me alone!”

These insects are known to attack their prey quickly and violently by stabbing them with their long, sharp beaks. (cue Psycho shower scene music.) After death, their behavior is even more grizzly. They inject enzymes into their victims, which soften their insides and prepare them to be sucked out like a smoothie. One species found in Malaysia actually glues the empty corpses onto its back using sticky secretions, wearing them as if they were a suit of armor.

Yet another “world’s largest, the Japanese Giant Hornet is also known as the Yak Killer. Yep, this flying extremely aggressive behemoth can take down a yak, especially when attacking as a swarm.  In Japan, some 40 people die every year from their venomous bites, which one Japanese entomologist cited as being equal to the pain of “a hot nail being driven into your leg.” Well, that’s graphic.

The best advice is to run fast or avoid them altogether. If you walk too close to them, they will chase you, and shoot some sort of flesh-melting acid into your eyes. Their stinger is 1/4 inch long and the venom is so potent that it can liquefy human tissue. A few stings can be fatal. Pheromones in their venom emit signals to invite nearby hornets to join in your demise and the feast afterward.

This large, hairy fly resembles a bumblebee and is indigenous to Central and South America. These insects are disgusting because they lay their eggs on warm-blooded mammals such as livestock, pets, and humans.  Once the eggs hatch and the larvae emerge, they burrow into the subcutaneous layer of the skin and they can flourish anywhere in the body, including tear ducts, eyelids, and even the human brain. This action causes painful pustules that secrete toxic fluids. When insect larvae infect a human in this manner, the process is known as myiasis.

Also known as soldier or killer ants, these giant bugs are blind and travel by the millions throughout western Africa and tropical Asia, terrorizing and attacking everything that crosses their path. They forage simultaneously over a certain area and their power lies in this and the fact that jaws are powerful shearing machines that can rip apart cattle, elephants, and humans. Army ants kill and eat up to 100,000 animals per day. Together they can kill lizards, snakes, chickens, pigs, goats, scorpions, and many others. The nest of these insects is comprised of the ants themselves. Their sheer volume forms walls and they fasten onto each other via their mandibles and claws.

Africanized Honey Bees live in South and Central America, but they are slowly spreading through the south of the United States. Unlike the other bugs on this list, they are the product of laboratory experimentation. Yep, yet another man-made disaster waiting to happen. When some scientists decided to cross a honey bee with an African bee the result is a really aggressive bee that will attack you as soon as you come close to the hive. Imagine thousands of very angry bees chasing you and trying to kill you. Kinda like Jurassic Park, don’t you think?

After preparing this list, I really can’t agree that the Amazonian Giant Centipede is one of the scariest bugs in the world. Well, it is up there, but although it can grow up to a foot long and will eat small animals, including rodents, birds, and lizards, their venom is not strong enough to kill you. Looking scary and hurting a lot does not reach the high bar placed by some of these other scary creepy crawlies.

Camel Spiders are not exactly spiders, but they do look like spiders. They are also called wind scorpions, but they are not scorpions either. These creepy insects can grow up to 6 inches long, and they live mostly in North Africa and in the Middle East.

Camel Spiders prefer other bugs, snakes, and small lizards and rarely attack humans. Their bite is not deadly, but it can certainly be painful. Ask a vet that served time during the Gulf wars, they’ll tell you.

The African Goliath Beetle reaches a length of 4.2 inches and has a handsome black and white pattern on its body.  Honestly, they aren’t that scary and some people keep them as pets. In the wild, they eat tree sap and fruits, but you can feed your pet Goliath on dog food or cat food.

The striking Saddleback Caterpillar has a  brownish-red body with a bright green stripe in the middle, topped by what looks like a tiny brown saddle. The creepy part is those urticating hairs protruding from the rest of the body. If you dared to touch one, those hairs would get into your skin, causing a swollen rash, and maybe even nausea. The Saddleback Caterpillar lives in Mexico, and in the eastern parts of North America. Watch out Floridians!

The scorpionfly, as its name suggests, has a curved ‘tail’ that looks like a sting. It is, in fact, the males’ claspers for mating. It is yellow and black, with a long ‘beak’ and truly does look like something out of your nightmares. Like the flesh fly, this little thing is used by scientists in human cadaver studies.

This particular caterpillar resembles something altogether alien. Their tentacle-like spindles reaching up from the abdomen serve as a (likely very effective) defense mechanism. Have you seen the drawings on Tim Burton’s movies like Nightmare Before Christmas? Like that.

The larvae of the puss moth caterpillar are said to resemble a Persian cat, contributing the “puss” to the name of this intimidating caterpillar. If the off-putting appearance of this insect were not enough, it also happens to be one of the most toxic caterpillars in North America.

The name says it all. This truly gigantic tarantula is so large it has been known to eat entire birds. These rain forest inhabitants can have a leg span up to 11 inches, a life span of up to 25 years, and will bite humans if threatened.  Where are those Tarantula Hawk Wasps when you need them?

Resembling a large cricket, the giant weta species are among the largest and heaviest insects in the world. The name weta comes from the Maori word wetapunga, meaning “god of ugly things”. They are found primarily on New Zealand offshore islands, having been almost exterminated on the mainland islands by introduced mammal predators.

What to Do About Scary Bugs and Critters?

After reading this list are you suddenly thankful that most of our pest problems here are not with these terrifying pests, but with the common cockroach, rat, termite, and only the occasional alligator?

Whatever pest or creepy-crawly that keeps you up at night know that the professionals at Heath Pest Control are ready to help you. You can also request a visit at this link.